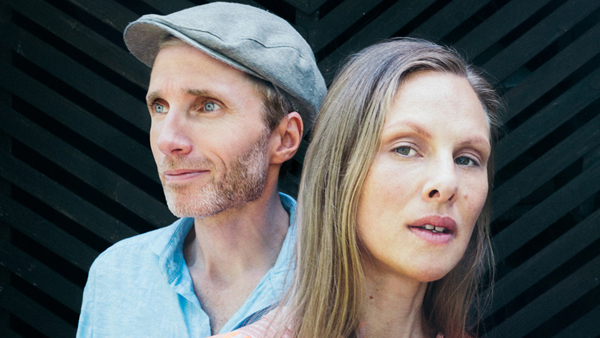 Where her previous album „Grand White Silk“ flirted with arrangements of grandeur, she turns now in the opposite direction and gives us new songs in an uncompromising, strippedback
sound, shifting between cool, drifting moods and driving pulsating rhythms. Bassis Kjetil Dalland is her sole companion here, and his subtle yet distinctive style the perfect complement to Torun’s voice, as she invites us into „Luxury and Waste“, her most intimate album yet.

You will find Jazz, pop and soul, singer/songwriter and blues, all combined in Eriksen’s unique and surprising blend. – “ I love how music can burst with references, and still have a distinct sound of its own. And I wanted this album to be like that. I have been searching for the core of my songs. We cut everything to the bone, were left with the raw and unpolished and tried to bring this very special light only to be found in the sketches, onto our final versions of the songs.”

While these arrangements feature one instrument and one voice throughout – a classic „stripped back“ scenario – there is absolutely nothing stripped away at all. As evidence of this, one has only to look to „Glittercard“ (the title track from her 2003 Jazzland debut), here given the same „sparse“ treatment, yet it is as lush and full as the original band arrangement.

Torun’s cool, understated style, always bristling with emotional resonance, delivers the songs with precision in terms of drama and dynamics, carefully placed ornamentation and inflections. Meanwhile, Torun’s long-time collaborator, Kjetil Dalland, creates a perfect shape for each song to nestle in, and carries it along, whether with gentle undulations or pulsing rhythms.

While Dalland’s bass provides the majority of the accompaniment, he also brings in his minibass on „Sliding“ and „Dreary Place“, adding a whole new sonic spectrum to the sound. Meanwhile, on „Empty Balconies“, Dalland rests while Torun accompanies herself on grand piano.

The intimacy that the simplicity of the arrangements affords is extraordinary. There is no hiding place, no elaborate mask of artifice. Truth and sincerity, the pure rendering of the song
and its essence, and a perfect balance between voice and accompaniment: These things make „Luxury and Waste“ a uniquely sublime accomplishment in Torun Eriksen’s career, as well as
that of Kjetil Dalland.

If ever any evidence for their songwriting craft was needed, it is here underlined. If ever there was a demand for evidence of Torun’s voice being an alluring, exquisitely beauteous
instrument used with tasteful charm or emotional weight, it is here magnified. If ever any evidence was required that Kjetil Dalland is a musician of skill and refinement with a keen ability to carve out the right groove or mood for a song, it is here amplified.