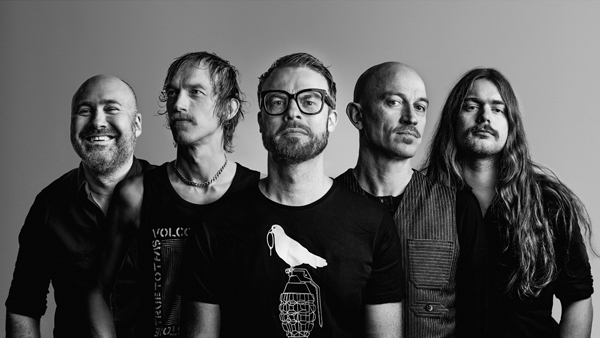 Spidergawd is a rock band formed in Trondheim, Norway in 2013. The founding fathers of the beast was Per Borten (Cadillac & Moving Oos) on guitars and vocals, Bent Sæther (Motorpsycho, The International Tussler Society & Sugarfoot) on bass, Rolf Martin Snustad (Hopalong Knut & Samvirkelaget) on saxophones and Kenneth Kapstad (Motorpsycho, Monolithic & God Seed) on drums. On June 1 2016 it was announced that Bent Sæther was leaving the band to have more time for his other projects. The band brought on Hallvard Gaardløs as a fulltime bassist, and after falling in love with the young bassplayer from Toten, he stayed put from the first strum.
They released their debut album Spidergawd on 31 January 2014, their sophomore album Spidergawd II on 16 January 2015. The third album, appropriately called Spidergawd III, was released 22 January 2016. Spidergawd IV on the 24th february 2017. And now Spidergawd V will mess with everybodys ears from the 11th january 2019.
The band tours europe and Scandinavia with every album.